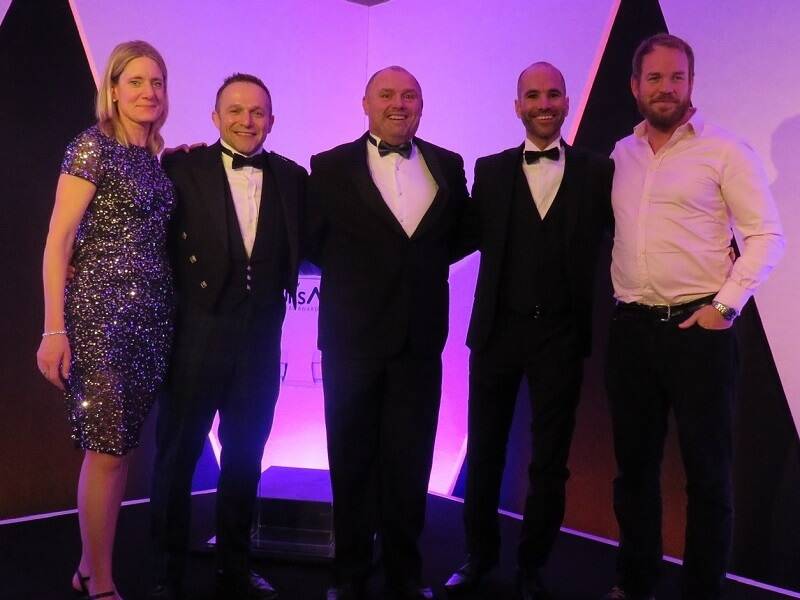 Chadwick Nott was honoured to be the headline sponsor at the Gloucestershire and Wiltshire Law Society (GWILS) annual awards evening on Thursday of last week, a well-attended night naming Harrison Clark Rickerbys Law Firm of the Year.

The event was held at the wonderful Bowood Golf and Spa Hotel, and it was a fantastic evening as usual recognising the hard work and achievements of the local legal profession. We were joined by three ex-international and ex-Bath and/or Bristol rugby players (Matt Perry, David Hilton and Graeme Beveridge) for a lively Q&A to help fundraise throughout the evening. Questions ranged from who is going to win the World Cup next year, to who the best player ever played against was, to the best sledging you have heard. This year, funds were raised in support of the My Name’5 Doddie Foundation and its ongoing research into Motor Neurone Disease.

With approximately 150 guests enjoying great company and a three course-dinner there was a fantastic atmosphere and in amongst it all our South West Manager, Matthew Goodwin, gave a short welcome speech (and even got a laugh or two in all the right places).

A huge congratulations is in order for all the finalists and winners. Harrison Clark Rickerbys shone with four awards: Law Firm of the Year, Service to the Community award, the President’s Outstanding Achievement award for Mark Fabian, and the Support Team Member of the Year for Daniel Freeth. Thrings picked up two notable awards as well: the Team of the Year for their Dispute Resolution team, and their Associate Solicitor Emily Prout, who works out of their Bath office, won Lawyer of the Year.

It was great to be involved and able to support the GWILS Awards again. A particular thanks to Ramona Derbyshire, President of the GWILS, and everyone else involved as part of the GWILS Committee for all the hard work that goes into hosting such a good night—well supported and organised… until next year!

For information about legal opportunities in the South West please contact: